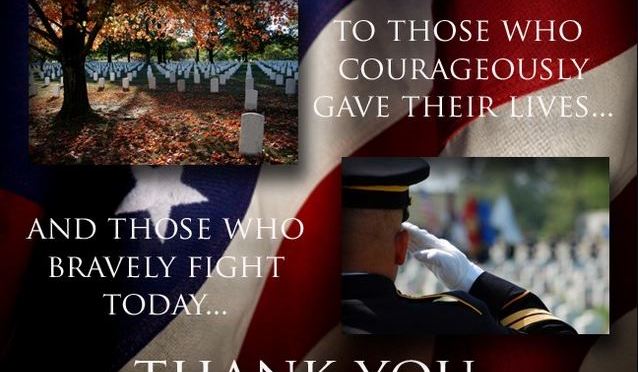 Thank a veteran today for service to our country.

NaNoWriMo continues with Day 11 with excerpt from Greenwich Meridian

As I look outside my writing studio window on this Veteran’s Day, I see a white blanket of snow covering my beautiful garden.

According to the Czech calendar, it’s also St. Martin’s Day or the Feast of St. Martin. Tradition has it that if it snows on Nov. 11, then St. Martin has arrived on a white horse and there will be snow on Christmas Day. However, if it doesn’t snow on this day, then St. Martin came on a dark horse and Christmas will not be white, but muddy.

So, it’s looking like we’re going to have a white Christmas in Michigan.

I’ve been working since 9 a.m. on my NaNoWriMo project- the completion of the Greenwich Meridian: Where East meets West memoir about our family immigration saga from former Czechoslovakia to the USA, spanning two generations.

I logged in 1,707 words for a total of 25,404 words. I spent a good deal of time on revisions. Revisions are more time encompassing than creating brand new content.

I wrapped up my NaNo writing about 30 minutes ago with chapter “Sad homecoming.” Just like the title hints, it was a sad homecoming in June of 1973 when we returned from USA to former Czechoslovakia.

Here is an excerpt:

When we got off  Boeing 747 in London to change flights to Prague, I cried and cried. Tears were rolling down my cheeks, as I realized that we were back in Europe. But the main shock was yet to come at the Prague Ruzyne Airport. We arrived sometime in June of 1973, so it was hot. At the airport customs, we were immediately rushed to the side into a peculiar enclosure, a cell-like structure.  Other people were waiting in the small room as well.

“You’re going to Trebotov,” the official said with a rigid face.

“Why? What is in Trebotov?” she asked. “I don’t know anything about it. And my parents are waiting for me,” mom said as she struggled to free herself from the official who grabbed her by the arm.

“No, you’re going to the quarantine,” the female official said firmly.

I looked at mom. She was scared, and confused not knowing what was going on. There were more immigrants from different parts of the world waiting to be transported to the so called “quarantine” in Trebotov. We weren’t allowed to talk to each other.

“What quarantine? We’re not sick,” mom raised her voice. “We just returned from the USA for the presidential amnesty.”

The female official was uncompromising, and she was like most officials very unpleasant. She was dressed in a uniform with a rigid face. After endless checking of documents and luggage, we were escorted to a black 603 Tatra government car. The driver took us on what seemed to be an endless tour through the countryside of the Central Bohemia region west of Prague. Mom cried the entire way, while we had no idea where we were going. The car was moving fast on narrow country roads, and it all just turned into a blur. We finally stopped in front of an old austere building with a gate and a fence.