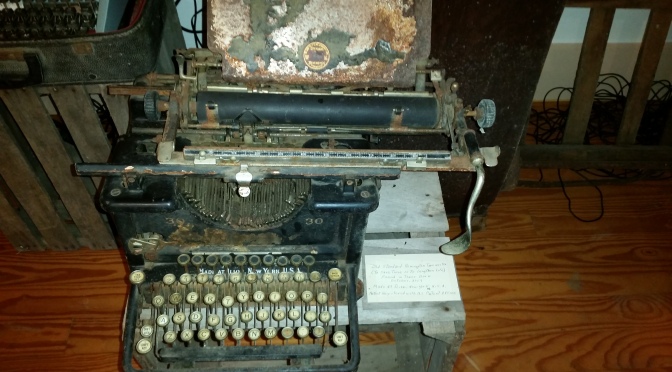 Lowell, MI- It is Day 395 of the 30 Day Content Challenge that officially ended last year in December.

But, Annie Conboy of Hebden Bridge, United Kingdom is still burning the midnight oil as she cranks out post #395, “Dreaming of a Peaceful World.”

Conboy is a medium and the founder of “Down 2 Earth Medium.” Her major focus is to channel for energy beings, such as angels, archangels and fairies.

She reached her one year anniversary of daily blogging on Nov. 15 with post #365, “First Year Done and Dusted.”

“I need to clear my head, so I can sleep,” she said in a recent Skype interview about her writing schedule.

“It’s felt a bit strange today. I’ve done something I’m really proud of. My writing has been happening for a full year. I have written every day than just the monthly articles I started in June 2015.”

Before starting the challenge in November of 2015, rookie writer and blogger Conboy wrote a few pieces for Valley Life.

“Then out of cyberspace I got an invite from my lovely friend Jan to join her in a 30 day blogging challenge. And I said yes. Now I’m a year on and amazed that I had all those words inside me. I have to say I don’t feel like I’m done yet either,” Conboy wrote in the anniversary post, “First Year Done and Dusted.”

Conboy has realized the challenge came at the right time for her.

“I was invited, it felt good, I was supporting a friend,” Conboy said. “I knew there would be discipline because it was every day, and I wrote every single day.”

And when she couldn’t physically write on the computer, Conboy wrote a post on a piece of paper.

“It helped me make a commitment to me,” she said.

Like for many writers, the first challenge was to find the right time to write. Conboy chose to write as the last thing at night.

“The clicks came quickly,” she said, “as I continued through the month I was sleeping better because I was clearing up the clutter in my head. I was clearing the day of everything that had happened.”

During the last week of the challenge, Conboy felt she had acquired a distinct voice in writing that was very specific.

“Why in the world,” I asked, “Would anyone want to take part in the challenge beyond the designated 30 days?”

I participated in the original 30 Day Content challenge along with some 600 other bloggers from around the world, including Australia. Sometimes, Bradley Will, the founder of LearntoBlog, posted the daily guidelines and the themes 24 hours early “for the Ozzies.”

But, I didn’t know what I was getting myself into. I wrote posts in the morning, just like my regular writing. Every morning a new theme for the day awaited in the inbox. That part was exciting.

And the time was of the essence for the challenge due to the intensity and the synergy of the group. I felt like back at the university cramming for the final exams. Also the timing was unbeatable, since the challenge ran in a framework when all the catastrophes in this world seemed to happen, and during the Thanksgiving holiday in the USA.