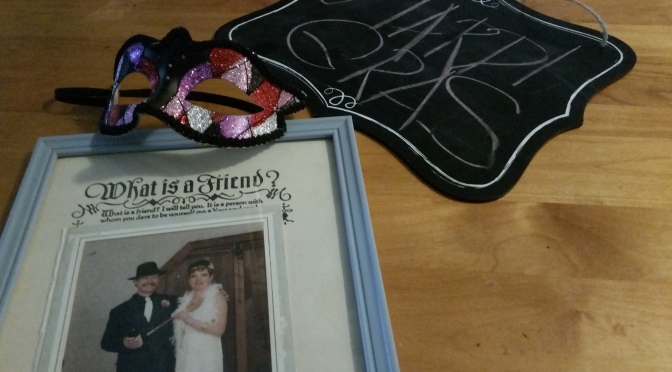 Grease up for Fat Tuesday

Lowell, MI- We’re heading into the Mardi Gras weekend with Fat Tuesday coming up on Feb. 28, which is better late than never.

“Everything is going to be late and screwed up,” said my forever pessimistic husband Ludek.

He was most likely referring to the late onset of the much coveted gardening and yard season in Midwest USA.

The Lenten resolutions, fasting and such

Tuesday is the last day when you can be a glutton, which is one of the seven deadly sins, as I have learned in a recent therapeutic meeting and from Brad Pitt’s movie, “Se7en.” That is if you are a catholic. And even if you are not, the start of Lent on March 1st, known as Ash Wednesday, can become your six-week diet program, depending on the interpretation of Lent.

That way,  you can fit into that nice spring white or green Easter dress.

The newspaper take on Lent, what do you give up?

“What are you going to give up for Lent?” was the standby question  at the newspapers  and out on the streets with the feature, “Man on the Street” before the multi-media journalism take-over.

Whoever was assigned to do this, would usually stand by the US Post Office to catch innocent users and fry them with the question of the week, and a mandatory head shot.

“Oh, I hate my photo taken,” was the common reply, and after a while. “Oh,oh. I usually give up coffee.”

And that was a standard lie, one of the seven deadly sins.

The social media have made this obnoxious “Man on the Street” feature obsolete, and substituted it with voluntary selfies and profile pics. Now, you can freely render your opinion on any platform from twitter to reddit, all the way to the new planetary system of Trappist 1.

“Hey, I love Mardi Gras, I can finally be myself,” posted XOXOX with the profile pic of  a cat.

At one point, I modified the newspaper question along with some other fine writers to, “What are we going to take on that we haven’t done before?”

The Paczki take on Mardi Gras

My American outtake on Mardi Gras is that I go either to the local Meijer store or to the Honey Creek Grist Mill and buy me some greasy Paczki (Polish donuts) and forget about all my diets and resolutions.

I could also go to the Franciscan Sisters Life Process Center and learn how to bake the paczkis, in case I  want to impress.

What I would really like to do is go to a true Fashing Karnival without having to go to Germany or to Brazil for Mardi Gras drag queens.

Years ago, my Lowell Ledger editor Jeanne B. laughed at me, when I asked if Lowell was doing anything for Mardi Gras.

Liz is the ever populist Lowell chamber director and she can be a lot of fun. Just ask the merchants during the annual Girls Night Out (GNO) events in the spring and fall. But, no fun for Mardi Gras.

“Are you out of your mind, here in Lowell?” Liz gasped for some fresh air.

Well, the Fenn Valley winery of German origin didn’t seem to think that putting on a Fashink Karnival was all that crazy. Although, they  did it only twice, and something probably happened in between.

Ludek and I were lucky enough to hit the Fasching Karnival at Fenn Valley in 1998. That was the year when the movie Titanic directed by James Cameron was bigger than the sunken ship itself in 1912.

Check out the 2014 story when Ludek and I dressed up for the only Fasching Karnival we’ve attended so far. We dressed up as Chicagoland gangsters, only to run into more like us at the winery party.

We just didn’t have the violin case. Next time. We’re still looking for a great Mardi Gras aka Carnival or Fasching party, that is something before Halloween.

Halloween seems to consume Mardi Gras masks and costumes for whatever reason.

The big carnivals that I would like to go to: