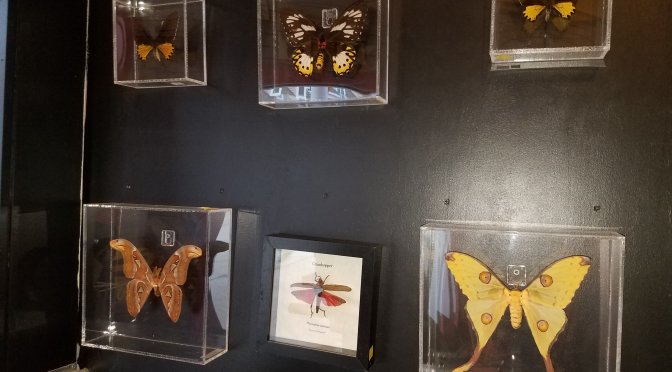 Daily insights from #nanowrimo with excerpts

Lowell, MI – The day after Thanksgiving, I finished the short story “40 Hunks” (c) 2018 Emma Palova logging into the #nanowrimo dashboard with a total of 43,723 words toward the 50K word marathon. That puts me on the final stretch to the winner mark on this publishing journey.

The story will become a part of the new collection of short stories “Secrets” (c) 2019 Emma Palova. After the revision period in January and February supported by #nanowrimo, it is my clear intention to have the book published next year.

The National Novel Writing Month, an Internet-based creative project, started in 1999 with 21 participants. It has grown over the years to 0.5 million participants around the globe.

Two days ago, I found a thank you letter in my email from the #nanowrimo executive director Grant Faulkner titled:

“Thank you for the light of your stories.”

It truly warmed my heart, as Grant described writer Matt Forbes’ reaction to his home burnt by the wildfires in Paradise, CA, as well as the entire community.

His response to tragedy? To create.

“I plan to write. That’s about all I can do…I don’t want one huge fire to burn out everything that was taken in its wake, and this is the only thing I can do to show otherwise.”

For more info go to:

You can easily gauge your progress on the dashboard widget and graph.

Editing and revisions take place later in the months of January and February.

We also went out on Black Friday to Woodland Mall in Grand Rapids, and it was jam packed. The same story was in rural Greenville. Speaking about the economy booming, it definately was at JC Penney’s who practiced Black Friday on both days, Nov. 22 and Nov. 23.

The staff was exhausted:

“We’ve been opened for the last 24 hours,” said a tired clerk in the men’s clothing department.

Antonio walked inside the gas station store looking around the shelves.

“You got booze,” he asked the scared girl.

Jose straightened up from the counter and looked at Antonio.

“No, booze on the bus,” he said strictly. “When we get there, you can talk to theproducer. Not here. We’re heading out.”

Antonio grabbed Jose by his shirt and tore it apart as he lifted Jose up on his feetand dragged him against the counter.

“ I said, I want some booze,” Antonio pulled out his knife and put it to Jose’s throat. “You girl give me some whiskey or I will slash his neck.”

Avlen quickly grabbed a bottle from behind her and handed it to Antonio, who opened it and drank from it, still holding Jose.

Antonio let Jose loose and turned him to Avlen like a puppet.

“Don’t call the police,” Jose begged. “I’d get in trouble that I let him loose.”

He waved to the girl and left the gas station store. Mike was smoking nearby shaking his head.

“I saw what happened,” he said. “Do you want me to call the police?”

Jose shook his head as he boarded the bus.

“No, I want us to get to the farm as fast as possible,” he said. “You deal with him at the farm with the producer. I don’t want to have anything to do with him. If he disappears, I won’t look for him.”

Featured photo: Butterflies from the Butterfly House on Mackinac Island.

One thought on “Day 23 of National Novel Writing Month”

Watch for the story about King Milling renovations in @The Lowell Ledger.
#moraviansonsdistillery Happy Easter 2022. Vesele Velikonoce prejeme vsem pratelum z USA v Lowell, Michigan.
Hard at work.
Check out this week's episodes of "For the Love of Books Podcast" with host Emma Palova. Listen in for a chance to win a signed copy of your next favorite read signed by amazing indie authors. Go to http://emmapalova123.podbean.com or wherever you get your podcasts. Become a guest and or a sponsor of the show. PM Emma. Share with your friends.
Hello to all,
Happy Holidays 2021