We rolled into the first full week of the National Novel Writing Month at full speed with pep talks from author Andy Weir:

Now, that I consider solid and decent advice as I forge ahead with “The Writer, the Nun and the Gardener” from the new anthology Shifting Sands: Secrets (c) 2018 Emma Palova. I have a clear intention to publish this sequel to Shifting Sands: Short Stories (c) 2017 Emma Palova. 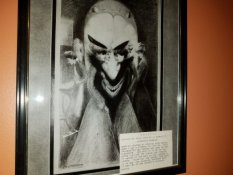 Book cover for “Secrets” aka the Face of Gossip.

The characters have changed their roles and their names as they continue to evolve with the plot. This is my third day plugging away and it has taken young Zita from her disappointed world into a different one.

I struggled a little bit with the changes, but as Weir writes about the “rough patches” during the writing process: “When you read the pages later, you won’t be able to tell which ones you wrote in a good flow and which ones were hard.”

That’s something to keep us going through the inevitable “rough patches.”

I validated my word count at 10,016 words on http://www.nanowrimo.org

The next writing badge is set at 25,000 words, but I will divide that chunk into smaller pieces to make it palatable.

Here is an excerpt:

As weeks went by, Dona grew accustomed to the feeling of emptiness. She stopped the numerous attempts to reach her daughter. Zita’s phone number did not exist anymore. She could wait for letters or messages; none ever came.

Kurt called Dona several times inquiring about Zita, if she had changed her mind. He was already back home from the college overseas, but he hadn’t forgotten his high school girlfriend.

“How is she doing, Dona?” he asked occasionally. “Is she okay?”

Kurt was the only lifeline from the past to Zita, so Dona always answered unlike other phone calls. She stopped talking to Wilsa, since she was the messenger of the bad news.

As winter arrived with first snow, Dona finally received an ornate envelope with the insignia of the Dominican Sisters order.

It was an invitation to Zita’s final vows at the convent. Dona was shocked to read the signature: Sister Theophane. That was Zita’s new name forever.

“This is the last time, we will see our daughter,” said Dona.

“No, you don’t know anything about it,” said Mike, “These Sisters can come out into the public.”

“I don’t want to see her anymore after this,” said Dona.

Veni Sancte Spiritus played in the background of the chapel with huge organ pipes in the front. Then, the Sisters sang psalms. Mike and Dona sat in the back of the chapel. Dona noticed  Kurt standing on the side by the stained glass windows.

Their beautiful daughter dressed in a white bride’s gown with a wreath of yellow roses on her head, now Sister Theophane, walked alongside Mother Karla to profess the final vows. Mother Karla stepped aside to make room for new blood. Sister Theophane prostrated on the wooden floor in front of the priest and then recited the vows and received a ring. As such, she was the “Bride of Christ.”

One thought on “Day 5 #nanowrimo”