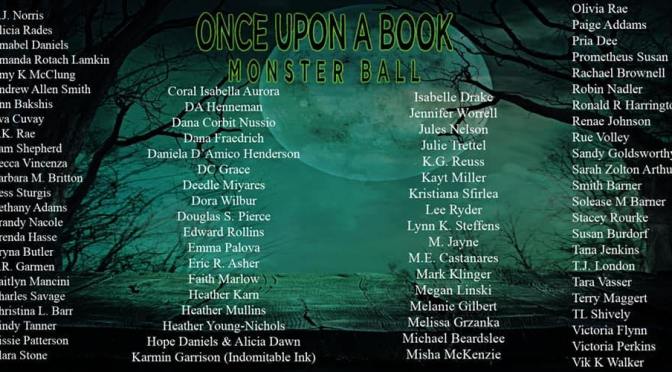 Organizer author Stacey Rourke started Once Upon A Book events to bring these celebrations of literature to Michigan.

“I traveled to so many events and saw what wonderful celebrations they were,” she said. “I wanted to bring that joy to Michigan.

“My hopes are that we can all finally get together and bond over our love of the written word,” she said.

I will be at table no. 23. Stop by. My new book The Lost Town has just arrived in time for OUAB.

The following authors will be signing their books:

How to find our table locations.

Here is where you can find OUAB attending authors:

You can get your tickets at Eventbrite.

Info and pictures used with permission of the organizers.

Check out Emma Palova’s books Greenwich Meridian Memoir about the Konecny family immigration saga from former Czechoslovakia to the USA, books from the Shifting Sands series including the newest one The Lost Town. The historical fiction novel is set in the ghost town of Singapore in Michigan during its bustling lumbering era. Meet Miss Ida and Mr. Bosch, a New York land speculator.

Lowell author & reporter Emma Palova completed The Lost Town, a third book in the Shifting Sands series on the last day of June.

The historical fiction novel is set in Singapore, MI, a ghost town on the shores of Lake Michigan during the pioneer era of the 1830s.

Miss Ida was torn between her hometown of Chicago and her new home Singapore, and between two men. Who will win her heart?

The story unravels as the greedy New York investors set their eyes on the undeveloped land at the Oxbow bend in the Kalamazoo River surrounded by sand dunes with much coveted white pines.

Wily Oshea established the New York & Michigan Co. in 1836 to facilitate the development of Singapore. The investors envisioned that Singapore would rival Chicago and Milwaukee. With its humming mills, boarding houses, hotels, and general stores at the height of its prosperity, Singapore almost outshone Chicago.

The name remains a mystery, as its famous counterpart island city in East Asia was only a fledgling town at the time.

“The mysterious name inspired me to write this novel,” Palova said.

According to one interpretation, the exotic name was used to honor the “singing sands” of the Lake Michigan shore. The shape of the grains and the moisture combine to make the sand sing or squeak when someone walks on it.

Always on the hunt for stories and inspiration, Palova walked into the general store on Butler Street in downtown Saugatuck in the mid- 1990s. She picked up a book about Singapore and checked out the historic marker in front of the Saugatuck Village Hall.

“The story just gripped my imagination and stayed with me throughout the years,” she said. “Then I forgot all about it for decades.”

It wasn’t until getting ready for the National Novel Writing Month (NaNoWriMo) last November, that Palova realized that what she had planned to write about Singapore would turn into a novel rather than just a short story.

“I wanted to do the fascinating story of Singapore its justice,” she said. “I knew a short story wouldn’t cut it.”

During her research for the novel, Palova came across Singapore’s ‘wildcat bank.’

Singapore had a ‘wildcat bank’ that issued its own ornate bank notes that are still in the collection of the Saugatuck Douglas Historical Society in Douglas.

“I used their online collections catalog exclusively for research,” she said. “It’s an excellent tool for anyone who wants to write about history. Most historical societies in Michigan have online collections.”

The novel covers the entire span of Singapore’s existence from the 1830s to its demise in the 1870s. At one point the town was known as Ellis Island since it accepted immigrants from European countries like Norway and Holland. The town was the first stop for Hollanders before they moved further up north and established Holland. It came before Saugatuck which was smaller and known as Flats.

“I wove nautical stories into the novel because I love the seas,” Palova said. “I wish I was a sailor.”

It was not just a lumbering era, but also a time for steamers, schooners, and tugboats on the Great Lakes. Nautical transportation was just as dangerous as travel by land, and later by rail.

“Sometimes the story evolved all on its own to my surprise like in the chapter ‘Mail fraud at Oxbow’, she said. “I was really surprised at what Ida was capable of doing driven by secret love.”

Other chapters were meticulously planned with research usually showing up later in the novel.

“My previous research didn’t help me much, but the immediate research during the NaNoWriMo challenge helped,” she said. “I can easily say that this novel is a direct product of the challenge.”

During NaNoWriMo, Palova wrote a minimum of 1,750 words daily to reach the victory lane at 50,000 words by the end of November. After that came months of more writing, revisions, and editing.

Emma’s ease at mixing actual history into her stories is remarkable, and so entails Miss Ida’s response to an invitation to a soon-to-be bustling “Singapore” on the shores of Lake Michigan.  She is transported away from Chicago, family, and friends.  She quickly learns the duties expected of her in maintaining a boarding house and warehouse in the rapidly growing community.  Soon she falls in love with one of the corrupt founders.  The many colorful characters weave a fantastic story of love, mystery, hope, and faith.  This is a quick, very worthwhile read!

The book is now available for pre-order on Amazon at https://www.amazon.com/Emma-Palova/e/B0711XJ6GY

Palova will be signing her new book at the following locations: Fallasburg Summer Celebration on July 30, Englehardt Library in Lowell TBA, Holland, Aug. 6, and Paradise, Aug. 19-20. Listen in to an upcoming podcast about The Lost Town on http://emmapalova123.podbean.com

The cover of The Lost Town was designed by graphic artist Jeanne Boss or Rockford.

Detroit Virtual Book Fair, July 15-17, link to the catalog of my books in my virtual booth coming soon.